Z-Storm – 反贪风暴1 is a story about the biggest financial fraud attempted in Hong Kong, directed at the Government of Hong Kong and all 7 million Hong Kong citizens… no one is free from the scheme. Within the four decades of guarding Hong Kong’s financial integrity, the ICAC has never come across an opponent so huge and so well organized as in the Z Torrent file… shadowy figures from the underworld of South America, Italy and Europe all ready to plot against the estimated 150 million dollars of Hong Kong citizens’ tax money which was pooled in a fund called the Community Care Fund. High-profile chartered accountants, high ranking law enforcers, power lawyers, the super entrepreneurs; they all have their shares of play but none can really grasp the big picture; they are there only for what they desire most. When the wife of an up-rising star Superintendent of police force reported his corruption simply out of bitterness for being ill-treated, little did she know she is about to pull the head string from a very well weaved web of deceive, greed, sex, power, and last but not least, fear. The ICAC agent Luk (Louis Koo) who took charge of the simple complaint felt otherwise… it’s his passion for justice that has been driving him all these years in the battle against bribery and corruption, even after losing his beloved wife. Further investigation soon revealed many unanswered questions and loose ends…the death of an ex-godfather status accountant of Hong Kong, the threats to even the seemingly harmless witnesses and informers, and the surfacing of a mysterious lady, all have connection with Luk’s wanted list but with a background as simple and as tragic as a girl next door with cancer. As Luk dug deeper into the web, he is being hunted by trained foreign mercenaries; a tactic very seldom or never heard of in the history of Hong Kong’s underworld! With the support of his superior the old but streetwise Deputy Chief of ICAC, Yu (Cheung Siu-fai), Luk eventually unlocked the door to the plan, but only after a bloodbath gun battle which almost cost him his life and that of the attractive mysterious woman, Angel (Dada Chan). 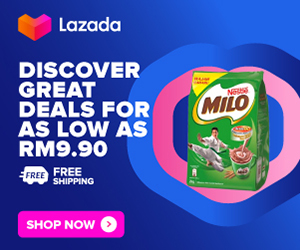